(The update can also be installed using the Acrobat menu Help > Check for Updates….)

Many users have got an automatic update since the corresponding option in the preferences was recently activated by default.

Despite the divergent version numbers all of the new features of this update are available in both variants!

The new Acrobat versions support PDF 2.0. Documents using PDF 2.0 are now opened without a warning. They can also be saved as PDF 2.0. However PDF 2.0 is not supported in Acrobat Preflight (yet). Since Callas has already integrated PDF 2.0 checks and fixups in pdfToolbox 9.4 this feature will certainly soon be available  in an upcoming Acrobat update.

Unfortunately Adobe is quiet about which of the new features of PDF 2.0 are supported in the new Acrobat versions!!!

For users in print production only the cross library search for preflight profiles, checks and fixups is interesting. My wish on the occasion of the April update is already fulfilled: 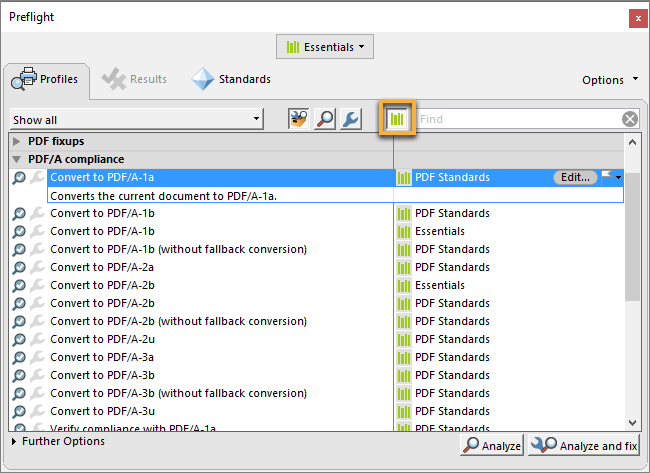 Nevertheless I gave up working with preflight libraries because changing libraries is too slow. I only use libraries for developing and testing new profiles.

Acrobat XI also got an update to version 11.0.23. Beside to the usual security updates and two (irrelevant) bug fixes there is nothing interesting in this update.