Adobe released planned updates for Acrobat DC as well as for Acrobat 2017. As usual there are two separate installers:

In the latest version there are many new features at first sight. However, most of these innovations are not new functions, but improvements of the user interface. There are some new commands, with which existing functions (e.g. compression, protection, sharing) can be accessed faster.

As known from other programs, PDF documents can now be marked with an asterisk as favorites: 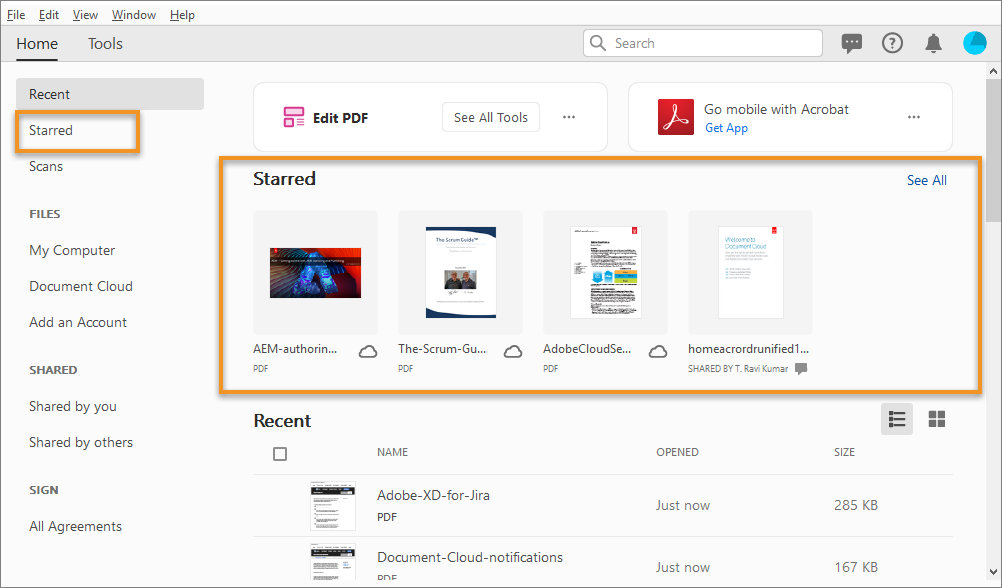 The asterisk files are automatically uploaded to Document Cloud and are then also available on mobile devices (of the same user). However if you remove the asterisk, the files will remain in the Document Cloud!

Nothing interesting is included for print production. Except maybe (according to Adobe) the fix of a bug that caused an Acrobat crash when opening a PDF/X-5n file (with a multicolor profile (e.g. 7C) as output intent). However, Acrobat still crashes when opening the output preview with a PDF/X-5n file if the 7C-ICC profile (output condition) is installed in the system. 🙁

Which topics do you prefer
for online training?